5 Places to Ride and/or Roll this Memorial Day Weekend

There’s no better place to spend Memorial Day Weekend than in Washington DC and no better way to see the city’s beloved memorials and monuments than with Bike and Roll DC.  We’ve rounded up a list of 5 places/events to ride to as we kick off summer and pay tribute to America’s heroes this Memorial Day Weekend in our nation’s capital.

The Rolling Thunder Motorcycle Rally brings together motorcycle riders from all over the U.S. to honor POWs and MIAs who served their country during the Vietnam War. This “ride for freedom,” which celebrates its 30th anniversary this year, draws more than 900,000 riders, featuring a route that starts at the Pentagon and winds through West Potomac Park. The rally goes down on Sunday, May 28 at 8 a.m.

honor and sacrifice from across the generations.  The parade, commemorating its thirteenth year, is our nation’s largest Memorial Day event, drawing hundreds of thousands of spectators to the National Mall to pay tribute to those who have served, are serving, and most importantly those who have made the ultimate sacrifice while in service to our country.  This year’s parade is scheduled for Monday, May 29 at 2 p.m. Arrive early for the best viewing options.

#3. The War Memorials on the National Mall

The National Mall is home to several memorials that  honor American servicemen and women. Bike and Roll’s Monuments Bike Tour and Monuments @ Nite Bike Tour are a great way to get up close and personal with these memorials and learn about them through the interesting narrative provided by a professionally trained tour guide.  On these tours you’ll see the National World War II Memorial and its famous effervescent fountain,  the Vietnam Veterans Memorial and the Korean War Veterans Memorial, among others.  Memorial Day weekend marks the beginning of our summer tour schedule, too–you’ll be able to take a Monuments Bike Tour at 10:00 AM and 2:30 PM daily, and a Monuments at Nite Tour at 6:30 PM and 7:00 PM nightly.  For a full list of tours, times, and to book your reservation, visit www.bikeandrolldc.com/tours.

The Arlington National Cemetery is the country’s largest military cemetery, with thousands of veterans and 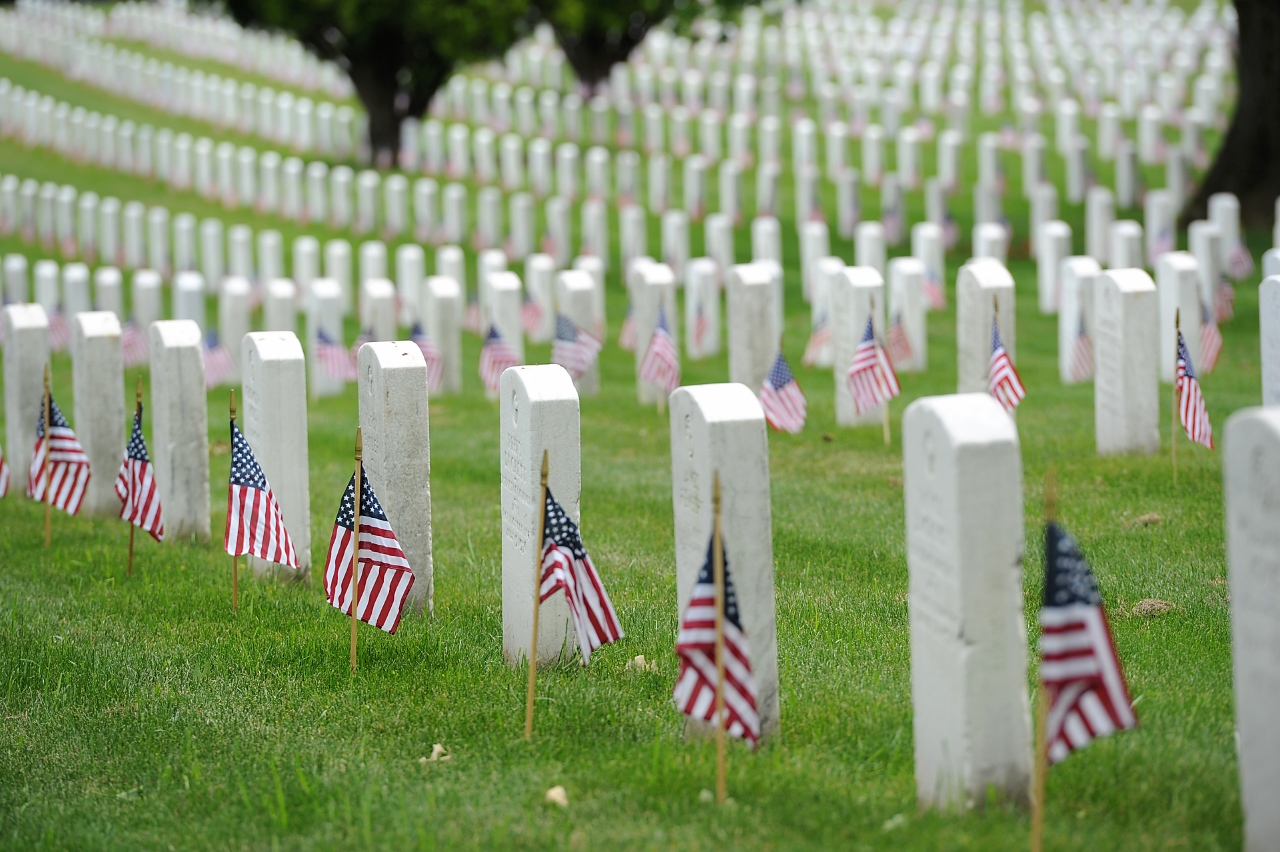 members of their immediate family resting there. On Memorial Day (May 29), servicemen and women place American flags at more than 250,000 grave, with the Memorial Day Roses Foundation providing free roses to visitors who come in tribute.  The Cemetery is about a 3 mile bike ride–that includes a scenic ride along the Potomac River–from our National Mall location, so we definitely recommend renting bikes for the day or afternoon.

With the dawn of summer comes Jazz in the Garden at the National Gallery of Art’s Sculpture Garden, a popular Friday evening event embarking on its 17th season. On May 26, catch a performance by the United States Coast Guard Dixieland Jazz Band at 5 p.m. Food and beverages are available at the nearby Pavilion Café, and it’s a great way to culminate a day of riding around the National Mall.

For more places to ride and things to do over Memorial Day Weekend, check out Destination DC’s suggestions here.